Java while loop is widely used in programming just like for loops. Whereas, do-while loop is only used in a certain condition. We will see an in-depth explanation of both the loops.

Firstly, we will understand how to use and write while loop and then move to the do-while loop.

While loop is the most basic loop in Java and is used to iterate over a set of instructions. These loops are generally used when iterations are unknown to us.

Things to remember in while loop are as below-

Note: There should be no semicolon(;) after a while loop.

This loop work until the given condition becomes false.
The following image will help you in better understanding. 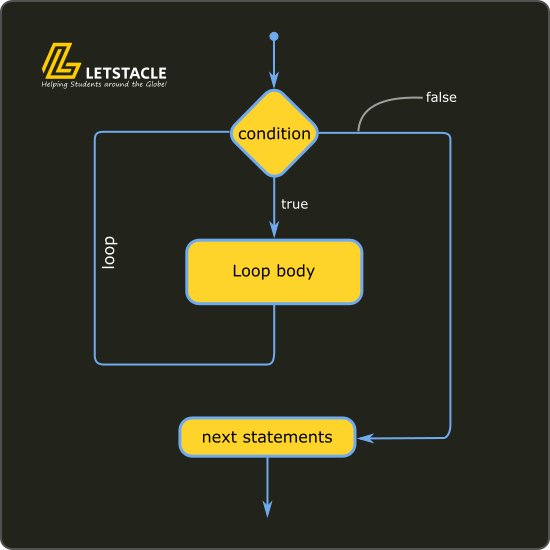 A problem set using the while loop is provided below.

Like for loop while loops can also be infinite and nested. To know more read our previous article on Nested for loop Java.

Do While Loop Java

A do-while loop is similar to the while loop except that its test condition is evaluated at the end of the loop instead of at the beginning.

Moreover, do-while loops are used less frequently because in practice it is unusual to face a situation where you are sure if you want to execute a loop at least once.

Things to remember in do-while loop are as below-

The diagram below explains the flow of the loop. 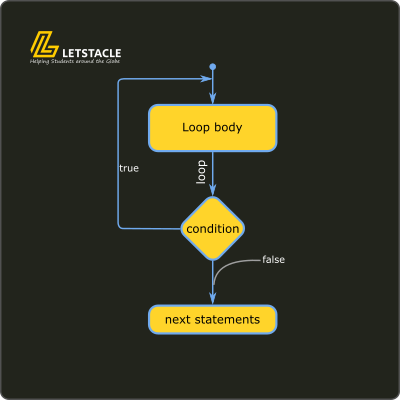 do while loop flow diagram

A problem statement is provided below to demonstrate – how to use a do-while loop in Java.

Thus it’s verified that the condition being false, do-while loop executes at least once.

Example: Java do while loop with user input

Output Java program until the user enters the correct number

We have used a do-while loop in the above programme because the user must enter at least one value to guess the number.